This is a meme I got from Dana Huff to list one's top ten...anything! This week, I'm kicking it off with my top ten literary crushes (and the fictional men against whom I measure all others). If you've not read these series, note, there will be *SPOILERS*.

In no particular order:

Syndey Carton from A Tale of Two Cities-
Self sacrifice and perpetual melancholy?
*le sigh*

Steadfast. Constant. Strong.
Selfless and considerate.
Brave and hard-working.
And Alan Rickman plays him in the film. *swoon*

Ron Weasley from Harry Potter- The funny, desperately loyal ginger in the Harry Potter trio has always had an appeal to me because he is just so RON. When I was a little girl, I adored Ron. I thought he was ridiculously lovable and down-to-earth. I didn't fall in love with Ron until Order of the Phoenix, however. Luna often set herself up to be picked on. Her naturally whimsical nature made it so. Ron only respected her, taking no opportunities to tease or mock, instead having her back in the battle at the Ministry. 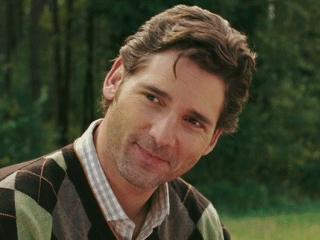 Henry DeTamble from The Time Traveler's Wife-
Oh Henry. Bookish, sly, awkward Henry. His love for Clare and his daughter, his tender heart and quick wit, even within the confines of his disease set him apart as a highly flawed yet highly attractive character. I mostly love his relationship with Clare. Their love is all- encompassing and passionate, but they each still have their own lives. 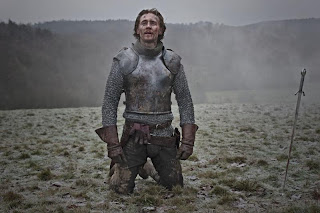 Henry V from Henry V- He dominates France like a hero, give credit to God, then proceeds to awkwardly woo the princess of France to make her fall in love with him. He gives her a choice instead of forcing her. LOVE that! 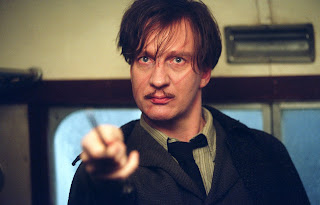 Remus Lupin from Harry Potter-I've got to say, it was difficult keeping the list this short when I theoretically could have filled it up with the dashing men of the Potter-verse. Remus was my first crush, Ron was my first love. Remus was so steadfast and understanding, that adult who remembers what its like being a kid in a dangerous environment. He always said the right things and he was always honest. He was smart and kind and self-sacrificing. He also loved a butt-kicking woman, too. 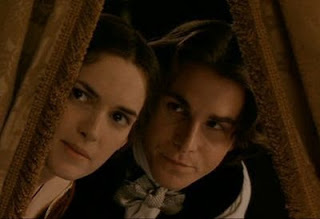 Theodore Lawrence from Little Women- Teddy! Oh how I adored Teddy when I was a little girl. I still see a great deal of appeal in him now, in fact. He loved Jo so fervently and for so long, then he was so heartbroken. He wanted to be a hero, when Jo needed an equal. He is so brave for entering into that house full of women, and loving each of them as his own family. I especially love how he treats Meg when she goes about pretending to live above her means, telling her she is delightful just as she is.

Gideon Lightwood from The Infernal Devices- While he is definitely not the starring male lead of the trilogy, he is certainly the most constant. I loved him from the start. Even during the first training session, he sees Sophie. He truly sees her, when nobody else saw her as much other than a good friend or maid. He saw her bravery, her courage, and her hope. He has a strong belief in justice at all costs which I love, and he has an unending hope in what is right. Plus, he's one heck of a big brother to irritating little Gabriel. And let us not forget the incident with the scones... lol :) 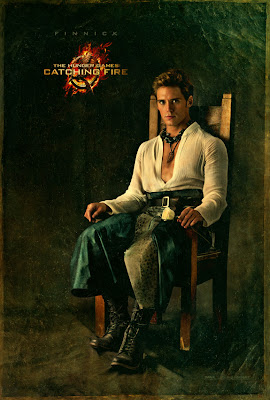 Finnick Odair- Catching Fire & Mockingjay- He's so...sexy. There really is no other word for it. Instead of playing the role of victim, Finnick, calm, confident, brave, deliciously good-looking Finnick, suffered the struggles of surviving the games only to fall in love with with fellow survivor, the emotionally fragile Anne. Anne, who Finnick describes as having "snuck up" on him when he was thinking of other things and who carried on bravely after his death, suffered severe emotional trauma during the games. Finnick believes in Katniss. He survives Snow's horrendous pimping. He is willing to sacrifice himself for Mags or Peeta or Katniss. He even let Katniss go first when they invade the Capitol, and then loses his life. Poor, sweet, brave Finnick...

And last, but not least:
Guthrie from Bloomability-
He introduces Dinnie to all sorts of fun and adventure when she's thrust into her new and diverse environment at a boarding school in Switzerland. I read this when I was in the fifth grade and I thought he was absolutely precious and so much fun.
He was a great contrast to Dinnie's passivity. Alas, no photos for him :(

So who are some of YOUR great literary infatuations,
past and present?

The Girl of Fire and Thorns
by Rae Carson